Hashtag dressgate:
what do we know about colour? 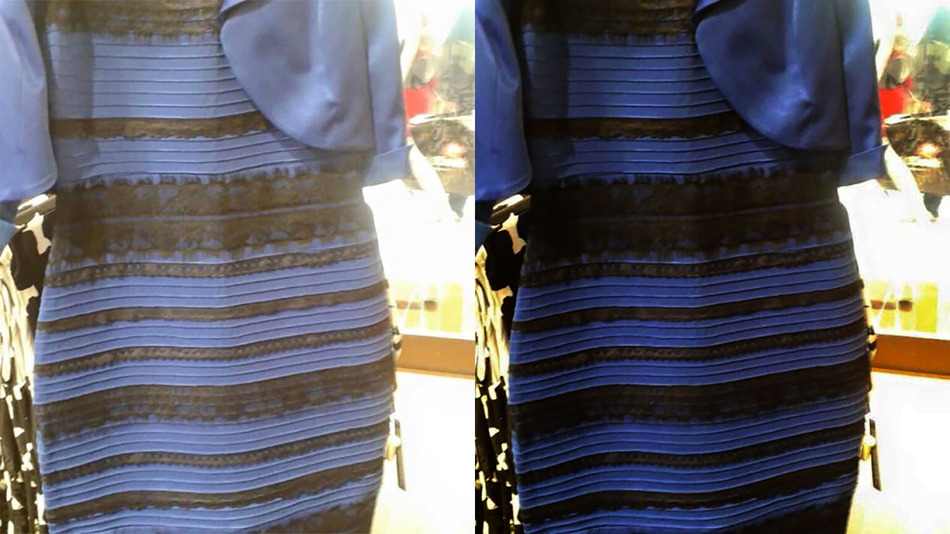 #dressgate: white/gold or black/blue?
Original on the left, with the same image corrected for overexposure on the right.
IMAGE: TUMBLR SWIKED

The feeding frenzy on Twitter over the colours of a dress surprised everyone with both the veracity of the discussion and the technical explanation behind it.  Spoiler alert:  seems that the image was overexposed, and so the colours represented got thrown way out from their correct values.  Simple as that sounds, in less than 48 hours tens of millions of people had weighed into the debate with shockwaves the like of which have not been seen since Al Jolson did his “wait a minute, wait a minute, you aint heard nothin’ yet” piece.  And he wasn’t even in colour.

So why is #dressgate relevant here?  Well, your SMPTE is front-and-centre in the arena of standards representing colourimetry and dynamic range, and this little episode shows why standards based on science are important.   Retailers take note:  this exercise does more to justify ECG and HDR than any sales pitch to date, although leave 4k out of it.

You can read a summary via this twitter search or dig further via the UK Telegraph (with a cute video) or the Sydney Morning Herald.

Fortunately there’s also been a reasonable amount of sensible discussion and even some science added to the mix.  This one, also from the SMH, has a great collection of optical illusions which prove, in more than one way, that you can’t and shouldn’t always trust what you see.    One positive outcome of #dressgate is that, just maybe, a few million more people understand the travails of our industry and what it takes to get a good picture.  We can live in hope.

By the way, if you have multiple different monitors on your computer, try dragging a larger image of the dress across them.   The colours might very well change between screens, which both proves the point and should scare the dress off anyone whose job involves image assessment.

“I think she looks fat in this” would have received far less coverage.