Post Nab Bash – The Blues may have lost, but SMPTE members and guests won big time

NAB 2016 the year of the drone. More drones buzzing around than a swamp full of mozzies. They came in all shapes and sizes, some with cameras capable of shooting Hollywood’s finest.

A big thankyou to the night’s sponsor, Telstra. Great location with lots of food and bev to be enjoyed by all.

The other hot topics at NAB were 8K and HDR. It seems like yesterday that everyone was talking up 4K, now it’s a given. Resolution or High dynamic range? The vote is leaning towards HDR and as our hosts explained, the visual impact of an image with the increased latitude that HDR offers on a quality HDR monitor is second to none. 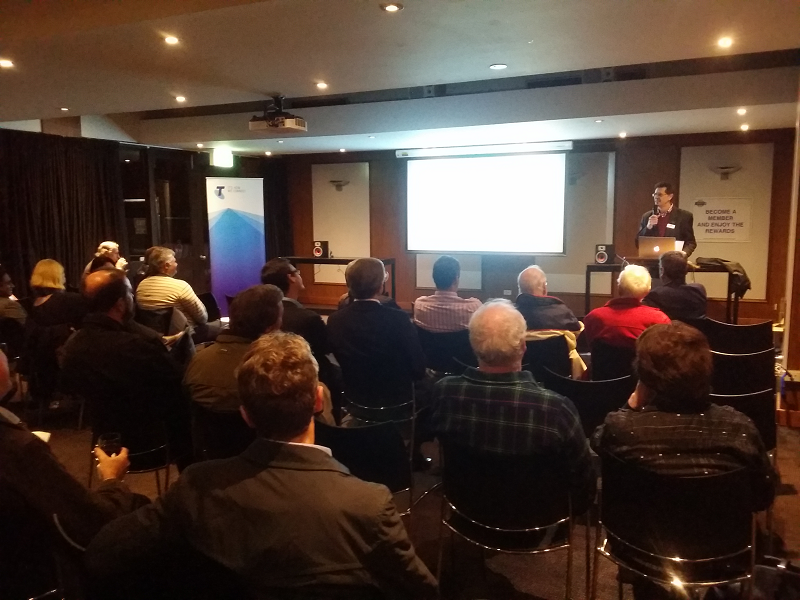 8K is by no means on the backburner. NAB this year saw many cameras offering 8K acquisition. Sort of makes sense to shoot at a higher resolution than the finished product especially with so much content produced in 4K and delivered in 4K.

So where was HFR? Apart from high frame rate acquisition for effects, the focus was more on 8K and HDR. 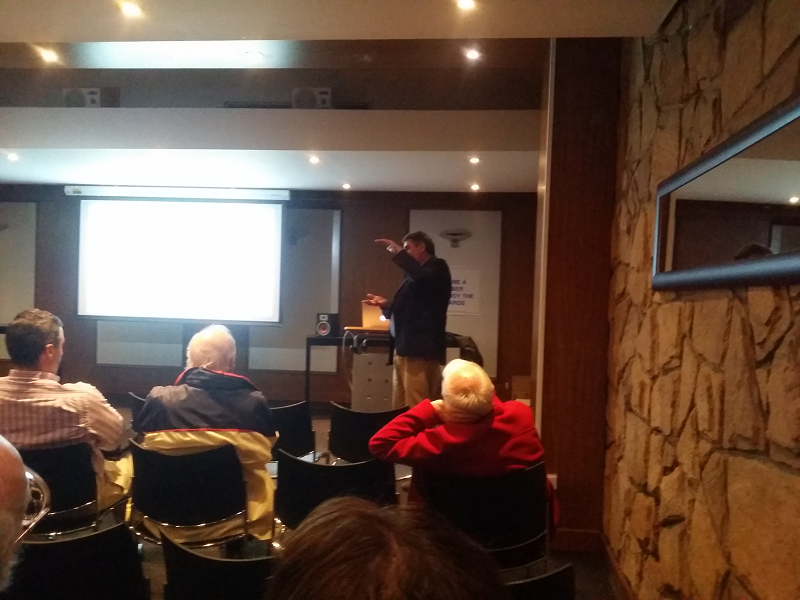 Stuart Pointon sizing it up

The other achronym around the show was VR, Virtual reality. Using iPhones and Galaxys in VR displays didn’t really cut the mustard and although the word “immersive” was bandied about, the general perception was that it wasn’t there yet. NAB 2017 – The year of VR maybe?

Our 3 presenters did a great job in giving the audience a strong sense of “being there” and we all came way from the evening feeling more informed and with a greater understanding of the new technolgies on offer.

A big thank you to:

Stuart Pointon at LEMAC and the staff at LEMAC for editing the NAB video.

Don’t forget to bookmark the next Section Meeting at Telstra Broadcast Services on July 13.