Offering not one, but two amazing meetings for March, the Australia Section’s foray to the Broadcast Australia transmission facility (aka: “Gore Hill tower”) did not disappoint.

The enthusiastic and friendly management and staff at Broadcast Australia welcomed SMPTE members and guests with open arms. After being treated to some very delicious antipasti and Middle Eastern dips washed down with a beverage of choice, the excited guests were inducted carefully and then split into smaller groups and escorted through the facility. 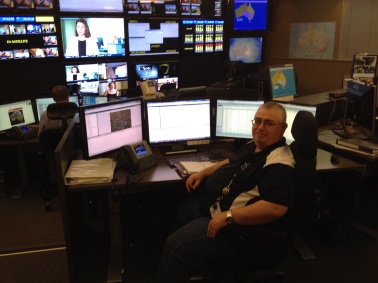 NOC operator Franco Di Dio settles in for an overnighter

The Network Operations Centre (NOC) impressed us with its flexibility, and the way in which five or more operators and technicians could work independently or in teams to monitor, check and resolve situations as alarms popped up. Taking up the entire wall at the front was the impressive multiview display of all outgoing ABC and SBS programs, as well as off-air return for all those services. To the right were large VU displays of all the outgoing and off-air ABC and SBS Radio network signals, as well as monitoring for the commercial and community radio network services broadcast from the tower. The BA guide provided a quick overview of the Fault Management System as well as the Network Management System which simultaneously monitors and manages BA’s 622 sites.

The tour continued as we entered in to the “serious plumbing” room. This is where the radio FM transmitter outputs are combined into a 180kW feed which is split in two before heading up the tower for transmission from mixed polarisation antenna arrays. I couldn’t help but think how much that copper would fetch at the recycling station. 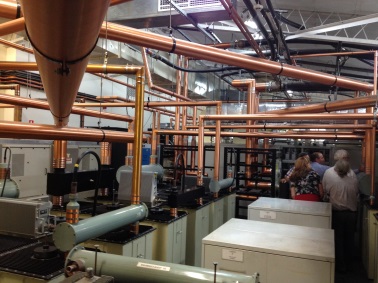 As we moved through in to the TV transmitter area, we had the opportunity to see the difference between the analogue TV transmitters (switched off but still in place), and the new solid state digital transmitters. One obvious difference is size, where the digital units are about half as big. The other really noticeable difference is noise: the solid state digital transmitters don’t make any. Whilst no longer in service, what I found amazing is the drums with screws and rods in the side that make up the band pass filters as part of the UHF combiner. At the base of the drums is the massive waveguide, a rectangular channel where the signals flow underneath the tuning drums to be combined, then get split into two signals, then to be adapted to coaxial feedlines to be sent up the tower for transmission through the UHF TV array. The voltages and power that were travelling up those coax are mind blowing. 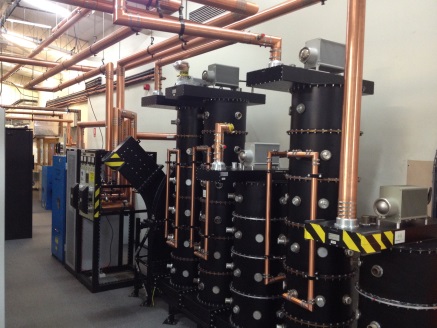 Luckily a break in the rain allowed us to go outside and stand under the tower while our BA guide explained the location and distribution of the different arrays used for FM and TV transmission. The 2000 upgrade to add UHF and VHF Band III arrays for digital television required substantial bracing of the tower, and 60 tonnes of strengthening metal was added to the structure. Oh, I almost forgot. When you have a tall thin structure with tonnes of weight at the top, how do you stop it from swaying in high winds upsetting everyone’s reception around Sydney? Well you fill a (specially designed) large bucket of water and stick it up the top of the tower and have the water naturally dampen the sway effect. Simple but effective. 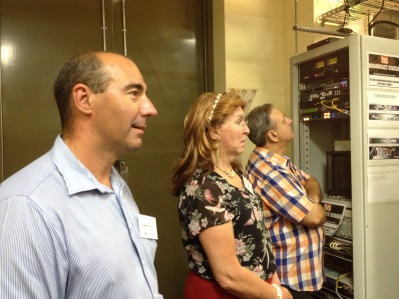 Before entering the room below transmitter hall two, the BA guide warned that if the lights dim, we were to block our ears and make our way quickly to the exit. This is the Generator room where 650 KVA and 880 KVA power generators reside, ready to fire up automatically in case of an interruption to the mains power supplying the site. These are regularly tested to simulate a real power interruption. In fact, the generators can actually power the entire facility during the testing. 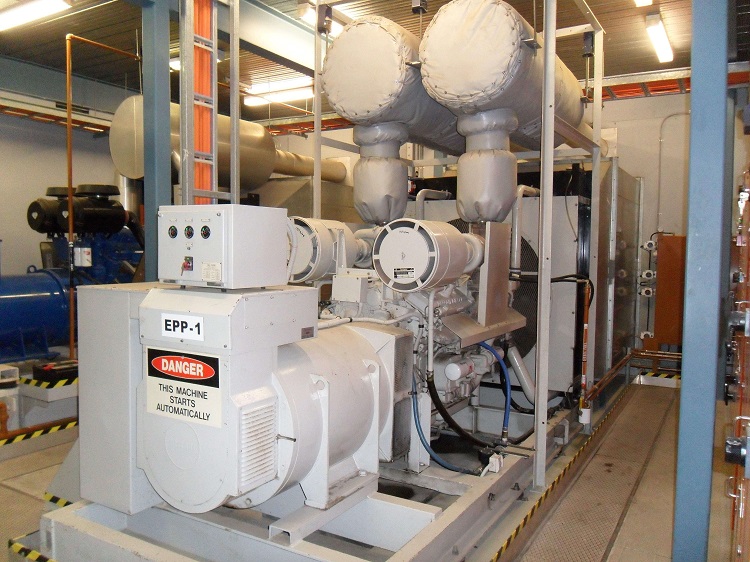 This SMPTE section meeting was extremely informative, providing an opportunity to see the pointy end of the Glass-to-Glass television production process. The Australia Section of SMPTE has passed a big thank you to the great team at Broadcast Australia for organising the tours and hospitality, and for being on hand to answer as many questions as we could ask.

Next up: NAB Stayers Celebration – Gilroy’s Irish Pub in St Leonards on Wednesday 20 April. Keep an eye out for details.