Each year, the SMPTE Australia Section runs a post–NAB seminar (a highlight Section Meeting in our calendar), where a handful of NAB attendees speak about their major observations on equipment and trends in the industry, as revealed at the annual NAB show in Las Vegas.

Because of the considerable time and cost required to attend a trade show on the other side of the planet from Australia, the Post-NAB event is always well attended by a large enthusiastic audience of those who would normally make great use of such an opportunity, but are too busy or too impoverished for the “annual junket”.

Held on 21st May in Sydney, this year’s Post–NAB was hosted by EMC2 computing, a firm who specialize in (amongst many things) IT storage facilities and analytics services, with clearly much to offer our evolving industry. 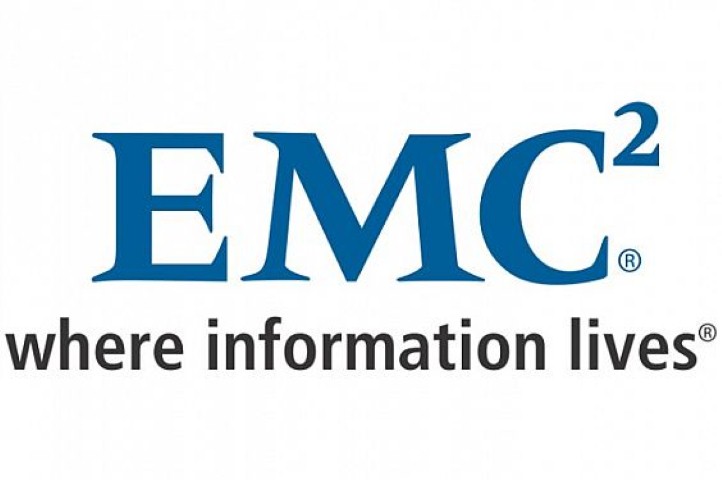 Their enthusiasm, hospitality and facility presentation was much appreciated, and their interest in our industry did not go un-noticed by the attendees.

WHAT WERE THE MAJOR “TAKE-AWAY” IDEAS?

2012 is proving to be a year of major change in the industry and its attendant technologies, as the speaker’s presentations amply demonstrated.

“Change” constituted the major observations from NAB, and included:

Each speaker’s presentation is presented in more detail later in this story, and there are links to their original documents.

If we think we’ve finally completed the conversion to digital, then we need to think again.  It’s a whole new second wave of change just beginning. Kind of scary but very cool!

As ever, Australia Section’s excellent contacts network drew in over 80 attendees , from TV and radio networks, telco providers, production houses, equipment suppliers and integrators, plus independent consultants and freelances.   As always, non-Members and old-hands were welcome and we had many of both.   Drawing this strongly representative spread is not only a major service to the industry by SMPTE, it also represents a major asset to sponsors and suppliers of equipment and services. 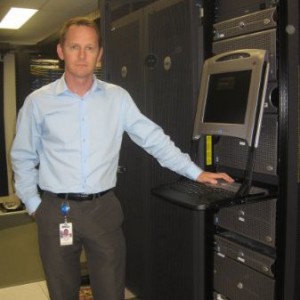 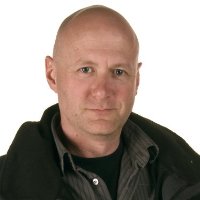 John Maizels, industry writer with CX magazine and SMPTE Director of International Sections, wrapped up the session and facilitated some Q&A.

EACH PRESENTER, AND WHAT THEY HAD TO SAY: 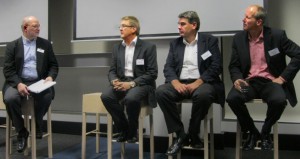 STUART POYNTON: National Business Manager at camera systems supplier Lemac, focused mainly on new acquisition technologies, revealing to us the development of many essential new building–block devices vital to the progressing of acquisition systems as a whole. 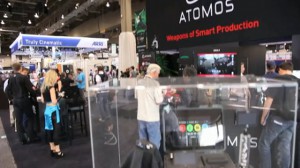 You can view Stuart’s full video report at http://www.lemac.com.au/GeneralNews/The2012NABReview.aspxon the Lemac web site, and no doubt many of these new products will soon appear in the Lemac inventory for the new generation of electronic cinematographers and videographers to use in their work.

TREVOR BIRD from the Seven Network spoke next, focusing on the following themes:

Trevor drew our attention to the BlackMagic Design phenomenon, with their large and well-attended stand, and the extraordinary value offered by their broad and growing range of low cost broadcast equipment. In particular, Trevor noted their Terranex processor priced around $2000 and the ATEM 2ME switcher at around $20,000.

(Other manufacturers must be frantically reviewing their pricing and business plans in the light of this. A whole new range of equipment and facility owners is thus being enabled, therefore changing the whole landscape of our industry, and who has what, and who can do what– Editor)

Trevor’s other favourite toys that illustrate these trends included: 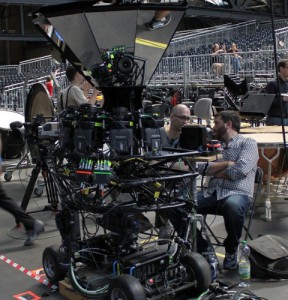 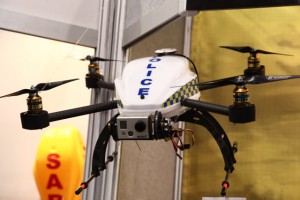 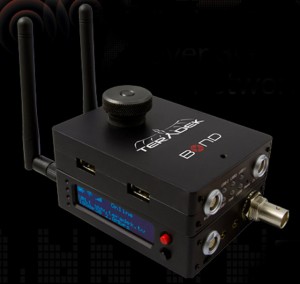 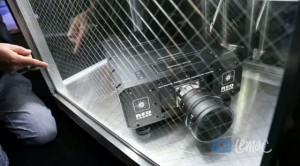 One wonders which of these technologies are just the annual NAB fairground freak-show attractions, or those which might go on seriously to change the way we do our work.

CHARLES SEVIOR, currently director of Charan Group Consulting, http://au.linkedin.com/pub/charles-sevior/32/242/0 attended the  papers and conference stream of NAB, as well as going over to Geneva for the SMPTE “Emerging Technologies” conference. He also visited a large data centre, perceiving the significance it represents for the broadcast sector.

He was able to give us some insights into the latest trends and developments. (Charles’ consulting practice focuses on media technology and strategic transformation, and has been assisting clients in the broadcast and IT sectors)

In summary, he highlighted: 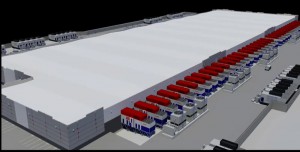 Model of the new Switchnap facility in Nevada. 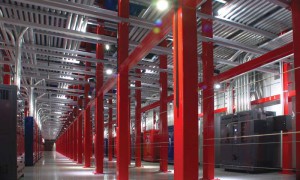 One small corner of the new centre, with capacity ready for the chilling and powering of apparatus racks yet to come!

The Geneva Conference, attended by Charles

More info about this survey at http://www-935.ibm.com/services/us/en/c-suite/ceostudy2012/

Charles also referred us to the SMPTE daily blogs created during this event, at http://smpteconnect.blogspot.com.au/2012/05/emerging-media-technologies.html

John Maizels moderated an audience Q+A with the panel, enabling some very interesting themes to be explored:

After the presentations, the attendees adjourned to the EMC2 hospitality area, and engaged in ample libations and degustation, thoughtfully enabled by the hosts. More importantly, in between the beer intake and sharing of yummy cheese platters, a great deal of networking and lively conversation ensued, prompted in good part by the stimulating ideas aired in the presentations

Perhaps less noticed at the EMC site, standing discretely behind a glass wall, was a green-coloured rack-mounted Greenplum analytics machine, its blue lights glowing mysteriously in the EMC2 rack room. This technology can search the web, studying the public’s behavior patterns in the consumption and discussion of social media and electronic media content, making it potentially an oracle of wisdom and prediction for media enterprise in the social media era. “It answers the questions you need to ask to understand life on the web, and furthermore comes up with the kind of questions you need to be asking it”, said our host from EMC.

As such, it makes the Greenplum and EMC a definite candidate for a future SMPTE Section monthly Technology Evening.

So, did NAB 2012 deliver more of the same but slightly improved, or is it really the year of radical change, with the emergence of those “disruptive technologies” that break the traditional models for broadcasting and production business ?  Are we finally seeing the collapse of the old broadcast technology world of expensive hardware boxes, gradually being replaced by “better/cheaper/faster” hardware devices or being replaced by generic IT hardware that merely runs broadcasting apps? Will CapEx and the value placed upon hardware and its “care and feeding” (that which cares for so many of us, too), be replaced by short term OpEx usage of non-broadcast technology services? How can we justify buying new broadcast equipment that may be obsolete within half its expected lifetime, and/or replaced by cheaper generic IT hardware running flexible apps? Will we be using software services delivered to us through the anticipated Cloud.